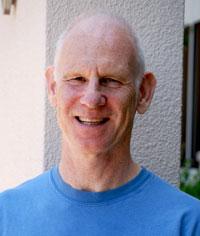 Not registered as user yet

Mick Jordan is a Senior Staff Engineer at Oracle Labs, where he works on the Maxine project. Currently he is working on integrating the Graal compiler into Maxine. Previously he explored the implementation of the Maxine Virtual Edution on the Xen hypervisor. His research interests include Application servers, Distributed Systems, Java, Middleware, Operating Systems, Performance Analysis and Programming Languages.

Mick joined Sun Labs in August 1993 to work on the use of object-oriented database technology in an environment to support large-scale software development. In 1995 he became the Principal Investigator of the Forest project which continued this work in the context of the newly released Java(TM) platform. Forest spawned a collaborative research project with Glasgow University, UK, that generated a series of prototype Java(TM) Virtual Machines (PJama) that implemented Orthogonal Persistence for the Java platform. Mick then worked on the Barcelona project investigating the application of the Multi-tasking Virtual Machine (MVM) and its resource management capabilities to the Java(TM) 2 Platform, Enterprise Edition (J2EE(TM)).