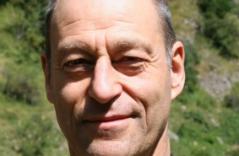 Marc Shapiro does his research on distributed computer systems, data replication and consistency algorithms, and distributed garbage collection. He invented the proxy concept, which is now universal on the Internet. He published at SOSP and OSDI, the two most prestigious venues of the area (one of the only two French papers at both venues). He was instrumental in the creation of EuroSys, the main European venue in the area. He authored 64 international publications, 17 recognised software systems, and four patents. Dr Shapiro’s research started with a PhD from Université Paul Sabatier for research performed at at LAAS in Toulouse, France, followed by a post-doc at MIT, and a researcher position at CMIRH. He is a researcher at INRIA since 1984. He spent a one-year sabbatical at Cornell, and he led the Cambridge Distributed Systems group at Microsoft Research Cambridge. He is currently a Senior Researcher for INRIA Paris-Rocquencourt, in the Regal group, located at LIP6.