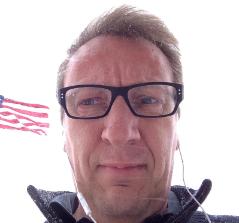 Bio: Jan Vitek is a Professor of Computer Science at Northeastern University. Dr. Vitek was born in Czechoslovakia and educated in Switzerland. Over the years, he worked on topics related to programming languages, their design, use, and implementation. With Noble and Potter, he proposed the notion of flexible alias control which became know as Ownership Types. He led the Ovm project which produced the first real-time Java virtual machine to be flight tested on a ScanEagle drone (he claims no one was harmed). Outcomes of this project include the Schism real-time garbage collector and the FijiVM – a production VM for embedded systems. More recently, he worked on dynamic languages, trying to make sense of JavaScript and to design a new language called, Thorn. Nowadays, he spends his time with statisticians and data scientists. Jan believes that his 2012 election as Chair of SIGPLAN was an accident; since has been busy trying to rock the boat to ensure this does not happen again. In his spare time, Jan enjoys organizing conferences and sitting on PCs (over 25 in the last decade). He founded the MOS (mobile objects), IWACO (alias control), STOP (gradual typing), and TRANSACT (transactional memory) workshop series. He was the first program chair of VEE and chaired ESOP, ECOOP, Coordination and TOOLS. He was the general chair of PLDI (in Beijing!), ISMM and LCTES. He may still be sitting on the steering committees of ECOOP, JTRES, ICFP, OOPLSA, POPL, PLDI, LCTES, ESOP.