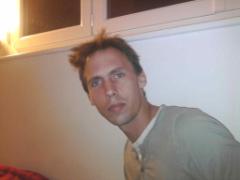 Not registered as user yet

I’m professor at Telecom SudParis since 2014. I’m a member of the HP2 team of the computer science department, that investigates high-performance computing and systems. Since 2014, I’m the treasurer of the french chapter of the ACM SIGOPS, after having been the chair from 2011 to 2014. My main research interests include operating systems, managed runtime environments and multicore programming. I received the PhD degree from UPMC in 2005 and my “Habilitation à diriger les recherche”, also from UPMC, in 2012. From 2006 to 2014, I was associate professor at UPMC, in the LIP6 laboratory, and in 2005, I performed postdoctoral research at the Université de Grenoble “Jospeh Fourier.