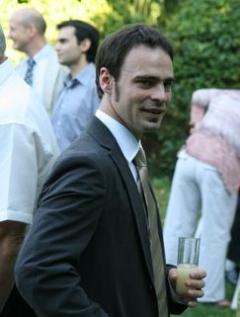 Since september 2012, I have an associate professor position at ENSEIRB-MATMECA and in the SE group of the LaBRI in Bordeaux, France. From march 2011 to august 2012, I had a post-doctoral fellow position in the S^3 research group at Purdue University (West-lafayette (IN) USA) under the supervision of Jan Vitek. I defended my Ph.D. Thesis in december 2010 at the LIRMM (Université de Montpellier II/CNRS, France). I was part of the D’OC research group (actually nowadays it’s MaREL) under the supervision of Roland Ducournau. My research interest is mainly focused on programming languages: Virtual Machines - I am interested by the design of virtual machines for statically & dynamically typed languages; Compilation/Interpretation - I am interested by everything related to the implementation of object oriented mechanisms (especially when multiple inheritance come into play) and with the interpretation of dynamic languages for scalable data analytics; Language Specification & Evaluation - I am involved in the design of Nit (previously PRM). I also did lot of emperical evaluation on many languages (including R).