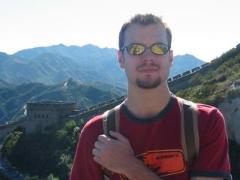 Ben L. Titzer is a Senior Software Engineer at Google who specializes in VM and compiler implementation. He is currently the tech lead of the V8 JavaScript VM compiler team in Munich, a member of the ACM, and a sometime PL researcher with his Virgil programming language project. In former times he was a researcher at Sun Microsystems Laboratories on the Maxine Virtual Machine project and has prior experience with a number of Java VMs including HotSpot, J9, and OVM. He received a PhD in Computer Science in 2007 from UCLA under Jens Palsberg and Masters in 2004, after having received his BS from Purdue University in 2002.