How many links can be cut before a network is bisected? What is the maximal bandwidth that can be pushed between two nodes of a network? These questions are closely related to network resilience, path choice for multipath routing or bisection bandwidth estimations in data centers. The answer is quantified using metrics such as the number of edge-disjoint paths between two network nodes and the cumulative bandwidth that can flow over these paths. In practice though, such cal- culations are far from simple due to the restrictive effect of network policies on path selection. Policies are set by network administrators to conform to service level agreements, protect valuable resources or optimize network performance. In this work, we introduce a general methodology for estimating lower and upper bounds for the policy-compliant path diversity and bisection bandwidth between two nodes of a network, effectively quantifying the effect of policies on these metrics. Exact values can be obtained if certain conditions hold. The approach is based on regular languages and can be applied in a variety of use cases. 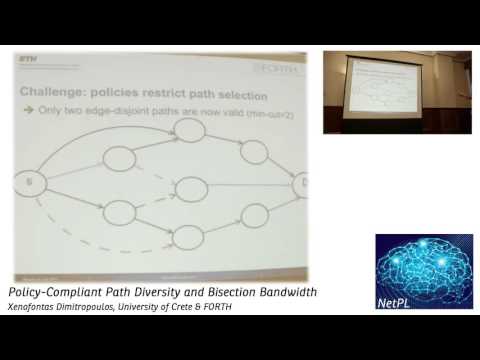 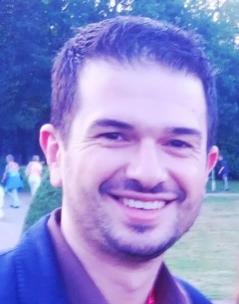 University of Crete & FORTH